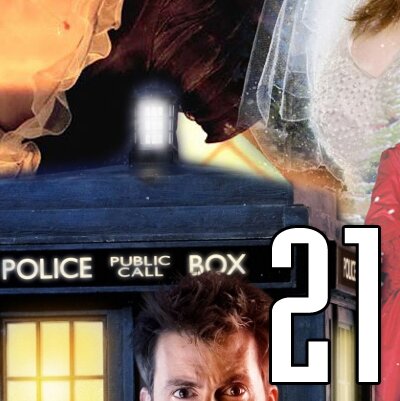 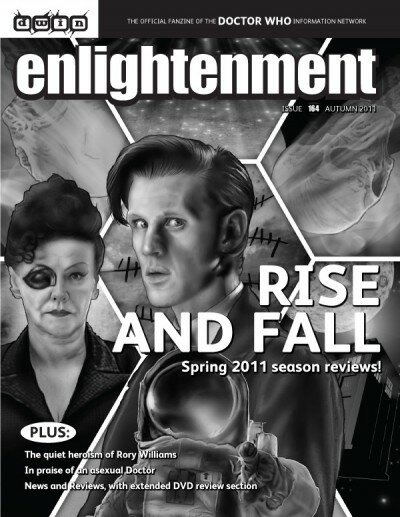 With five days to go until Christmas, here are five excerpts from the latest issue of Enlightenment to remind you of the year that was…

I don’t just watch a show, I commit to it. It’s not that I have total recall of everything I’ve ever watched, but I did once freak out my roommate by walking in on the last thirty seconds of a Star Trek episode and correctly identifying the writer.

That’s what we do as fans. We don’t just look at what’s on television; we think about it, and we remember it. We engage with the story and we analyse it from multiple perspectives. Whether we’re ‘shipping the characters we love or discovering that some of the older episodes were a lot more racist than we realised at the time, we’re giving something of ourselves to the show, and taking something away from it as a result. At its best, it’s changing who we are, and how we look at the world.

That’s what I almost forgot this year. This year, I approached the show while mentally and physically exhausted, and made the mistake of coming at it as casually as I know how, seeking pure entertainment without wanting to be challenged. Boy, was this the wrong year for that. This was the year that the show didn’t just nod respectfully to the fans; this was the year it sat us up and required us to pay attention.

Astronaut of the Day by Robert Smith?

—Fortunately, later events will demonstrate that this isn’t true. Out-of-order sequencing is not only possible, it’s happening all the time.

And then we finally see the theme, as Nixon asks if he’ll be remembered. The answer is yes, but not in the way he imagines. This is what the entire story is about: the power of memory—

The Impossible Astronaut is a decent set-up with a tacked-on opening, a season arc kicking off and the introduction of a new monster, but it mostly proceeds in a straightforward fashion, doing what it should. Day of the Moon is a totally different beast, ruining its own effectiveness by trying to be too clever—

It’s sad when it’s over by Julie Chaston

Suranne Jones (who is making quite a career of starring with our Doctors, having worked with Peter Davison in ITV’s Unforgiven and David Tennant in the BBC’s Single Father) gives a stellar performance as Idris / the TARDIS. She perfectly blends the confusion of someone who has little more understanding of language or society than a newborn with the wisdom and knowledge gained by hundreds of years of travelling the universe and living with the Doctor. As Idris’ confidence grows, she easily convinces the Doctor and us that she really is the TARDIS. Declaring that she stole him, rather than the other way around – or at least made it easy for him to take her – lends itself nicely to the idea of the partnership that has developed between the two over the years. The way they initially stdy each other is priceless, Idris wanting to drink in everything she can (even smelling his jacket), and the Doctor uneasily trying to understand her ramblings. Very cleverly written, as it’s like many of the cyberspace relationships of today, where two people may know each other intimately online but still feel awkward when they first meet face to face.

However, it’s not until they start to bicker that the relationship moves from the uneasy stage to that of two people who really have been together forever. The revelation, “But I always took you where you needed to go,” serves to solidify their connection once and for all, as well as explain the seemingly erratic wanderings of the TARDIS at times.

The rise of the centurion by Deborah Stanish

From the beginning, Rory isn’t all that impressed with the Doctor. Much to the Doctor’s dismay, the “bigger on the inside” gag is cut off at the pass, and Rory, on his very first trip in the TARDIS, slices into the heart of the Doctor’s attraction and menace to his companions: they want to be better, to please him, to the point of putting themselves at risk.

It’s a trap that Rory never falls into. He supports the Doctor, believes him to be a force of good, but never places his faith in him or believes him to be infallible. Rory is practical, while the Doctor is whimsical. Together they make a fantastic team, except when they don’t, as demonstrated in the heartbreaking The Girl Who Waited. Rory asks the most basic question, one that viewers have asked for nearly 50 years: why don’t you check to make sure it is safe? The Doctor’s reply? “That is not how I travel.” Full. Stop. When the Doctor then admits his duplicity and puts Rory in the heartbreaking position of choosing which wife to save, he accuses the Doctor of pushing them too far. He realises in that moment that the real danger isn’t that the Doctor makes his companions want to be better and to please him, but that the Doctor wants them to become him.

To an asexual Doctor by David J Lamb

My final point is that I prefer an asexual Doctor for purely personal reasons, which I shall attempt to elucidate. I was surprised to learn that there are people who watch Doctor Who and wish they could travel with the Doctor; I was surprised because whenever I watch Doctor Who, I am the Doctor. He’s the character I identify with. Although I fail in one important distinction: I did lust after his companions, even if he did not.

I grew up as a nerd – no surprise there, I suspect. I didn’t date during high school, and… well, let’s leave the personal details there. Suffice to say, I had difficulty relating to, talking to, and most definitely seducing the opposite sex, despite desperately wanting to do so. And where was I to turn for comfort? Who could salve my broken hearts? (Sure, I had only the one, but it had been broken several times.) Who could stand tall and tell me: it’s okay to be alone?

Issue 164 of Enlightenment is now available from our website, with Issue 165 now in preparation for an early 2012 release. And a merry Christmas to all of you at home.

thanks for sharing this valuable information. Keep posting.