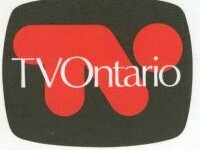 A biased change of approach for this week’s entry of 50 Glorious Years - we aren’t going to look so much at the content of the show in 1976 (though another fine year it was), but the developments that happened outside of the show - and outside of the UK. For the most glorious thing about 1976 from my perspective is that Doctor Who returned to Canadian television, one not one but two different television stations on the same day - Saturday September 18th 1976. The two stations were CKVU in Vancouver, and of course TVOntario, providing the entirety of Canada’s most populated province with the chance to watch the show. This of course was a huge development as far as Doctor Who fandom in Canada (and North America) was concerned - it was the first time since 1965 that the series had been seen in Canada. While CKVU showed the series until 1982, TVOntario’s run was so popular that it stopped only when the licence to show the series was given to a national broadcaster in YTV in 1989 (although TV Ontario would show some repeats into the early 1990’s).

I would probably not be here typing this if it weren’t for TVO showing Doctor Who, starting in 1976. I didn’t tune in until 1981, but it was a TVOntario broadcast that did the trick. I am sure the same thing I am sure can be said of many Ontario-based readers of my age (or slightly older or slightly younger). Not only did Canadian fandom really start to get going thanks to the TVO broadcasts, but Doctor Who fandom in general has a lot to be grateful for - it was the sales of many of the Jon Pertwee episodes in colour to CKVU and TV Ontario that has allowed fans all over the world to enjoy these episodes in their proper colour, the BBC having wiped many of their original Jon Pertwee master tapes.

Speaking of fandom, things weren’t just getting started in Canada - the Doctor Who Appreciation Society formed in May 1976, to date the longest running Doctor Who fan club (DWIN isn’t far behind!) and the one that made the most impact (effectively succeeding the Doctor Who Fan Club as the “official” fan club in the UK, to the extent that anything was “official”). They became the first fan club to organize and hold a Doctor Who convention, which would take place the following year in 1977.

But 1976 is where things really started for Doctor Who in Canada (with all due respect to those lucky enough to watch the first 26 episodes of the series as shown on CBC in 1965). The story which began TVOntario’s run and introduced the show to a new generation of viewers who had never seen it before and probably knew nothing about it - why, none other than the “continuity-light” The Three Doctors.  The series was a huge hit, which should have nailed the coffin shut on the “continuity causes ratings dips and makes the show unpopular) about 9 years before the same crap argument was levelled at the show in the UK.  As for CKVU, they also got Jon Pertwee episodes to begin with. It is often forgotten with Tom Baker’s massive popularity in North America that in Canada at least, it was Pertwee who was the first “hit” Doctor.

<< The Ring of Clara

My “behind the sofa” experiences were all because of TVO.  The nightmares I would have of shrieking DALEKS and the deadly assassin MASTER….well, they were enough to cause the dad of this crying boy to forbid me from watching DW: he had to get his sleep after all!

I too loved Doctor Who on TVO. Lucky enough to live in southern Ontario, I was able to watch Doctor Who Monday to Friday on PBS and Thursdays and Saturdays on TVO. (The Thursday episode was a repeat of the previous Saturday) However I did not get into the series until 1980/81. Prior to that can anyone enlighten me what days Doctor Who was broadcast on TVO if it was any different?

I may not have been 1976, as we didn’t get cable TV in the Sudbury area immediately, but I was certainly watching by the late 1970s, both Pertwee and Tom Baker (and trying to figure out why there was a difference).

If I recall correctly, Doctor Who was on Mondays-Thursdays at 7 (followed by Elwy Yost doing Magic Shadows - an entire movie broken into 4 parts with 1930s serials on Fridays) and again on Saturday (7 or 7:30? I don’t remember which).

Later on, we started getting PBS out of Mount Pleasant MI, also showing Doctor Who, and basing a lot of their pledge drives around it.

As a prairie boy in the mid-80s, my first exposure to Doctor Who was on cable TV from PBS out of North Dakota and then from PBS from Detroit when the cable provider switched. I didn’t know what I was seeing at first, some guy stumbling out of a blue box and then there were some army guys.  Jon Pertwee was my first Doctor, followed closely by Tom Baker and all the rest.  YTV caught me up on Hartnell and Troughton. Everything was a spoiler for me (but not really), loved the series read most of the Target novels and the New Adventures, followed by Big Finish Audio and ultimately the New Series. I have watching some of classic series again recently and I love the connections that pop up from time to time between the old and the new.