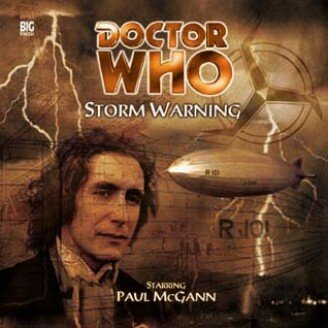 2001 saw things continue to get more exciting and more hopeful for Doctor Who. The year was most notable for Paul McGann’s return to the role of the 8th Doctor, finally continuing his era that had started with the TV Movie. January 2001 saw the release of Storm Warning, the first of a four-story season of full-cast audio dramas released monthly featuring the 8th Doctor and his new companion Charlotte “Charley” Pollard (ably played by India Fisher). For many fans it really felt like the official continuation of Doctor Who as a drama production. Years later, with the 8th Doctor mentioning his Big Finish audio companions (including Charley) on screen in Night of the Doctor, it only confirmed what they had felt all along.

But Big Finish weren’t the only ones to produce a new Doctor Who drama this year. 2001 also saw the first new drama broadcast by the BBC since the 1996 TV Movie - only, as befitting the times, it was a broadcast via the internet. The webcast of Death Comes to Time began this year, starring Sylvester McCoy as the Doctor and Sophie Aldred as Ace. Although most fans have since not considered this a “canonical” adventure, it was nonetheless an important development in the return of Doctor Who to our television screens. This was the first new story that you could watch since the TV Movie (the webcast included some animation) and it’s success established for the BBC Doctor Who‘s status as a growing, popular brand on the internet and would directly lead to more animated webcast adventures in the years to come.

would John Hurt be the 12th doctor since he was listed in the credits as the doctor?

I was not found of this series but one of my friend show me some of its parts which make my interest in it more and more and its still going on, I am trying to watch it over ugetmovie.com but cant find it there.
One thing can you mention a link where I can find it complete, download or online no problem.