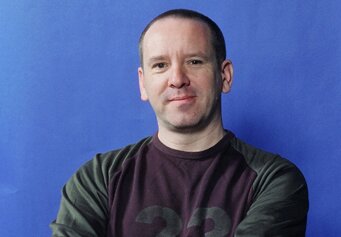 On Sunday June 9th, 2013 join The Doctor Who Information Network and Who Party Toronto for An Afternoon With Gary Russell on the second floor of Paupers Pub at 539 Bloor Street West. Doors open at 12pm and programming begins at 1pm.

Gary Russell has been involved in the world of Doctor Who for as long as he remember (and that includes remembering Hartnell regenerating into Troughton—yes he’s that old, and more! A lifelong love, adoration and even slight obsession with this one TV show led him to joining the Doctor Who Appreciation Society in the late ‘70s, eventually ending up on the organising committee of said fan club, editing their newsletter. He also edited his own award-winning fanzine Shada between 1980 and 1985 and in 1983 began writing for Doctor Who Magazine. Over the last 30+ years in fandom (dear God..) he has edited Doctor Who Magazine, written quite a lot of novels (including Legacy, Invasion of the Cat People, the 1996 TV Movie Novelisation, Business Unusual, The Twilight Streets and more) and books (including The Doctor Who Encyclopedia) on the subject, written computer games, comic strips, moderated DVD commentaries, produced and directed about 100 audio dramas, script edited the TV series and produced two animated stories and a number of Adventure Games. He has also script edited Torchwood and The Sarah Jane Adventures. In what laughingly passes as his spare time he has written books about The Simpsons, Frasier, The Lord of the Rings movie trilogy, collected far too many books, DVDs, CDs, action figures (aka ‘dollies’ apparently) and Converse. Yes, bloody Converse. He lives in Cardiff, has no pets and frequently wanders around his home talking to himself and scaring the neighbours…

Paupers Pub is located in the Bloor and Bathurst neighbourhood of downtown Toronto at 539 Bloor Street West. Our venue is located near the Bathurst Station on the Bloor-Danforth TTC subway line. Regretfully as our event will be on the second floor of Paupers this is not a wheelchair accessible venue. This particular event is not intended as a family event and is not recommended for fans under the age of 16.

<< Doctor Who returns in UK, Canada and US on March 30th!

New Doctor to be Announced LIVE on SPACE this Sunday! >>