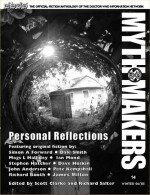 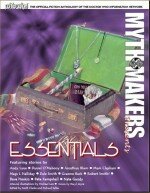 Myth Makers 13:
From Gallifrey With Love 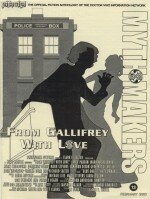 A collection of Doctor Who fiction which includes: 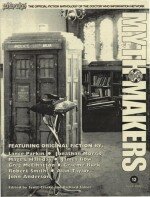 Step Up to the Next Level of Fan Fiction! Myth Makers 12 features some of the hottest writers in Doctor Who, including:

Plus: illustrations by Patrick Degan, Michael Leis, Denise Rajauski and Laura Riccomi and a Choose-Your-Own-Adventure story by Graeme Burk (Short Trips and Side Steps) . 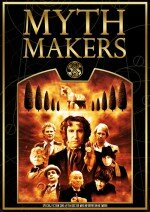 Follow the Doctor through time and space as he visits Tibet, Camelot and Kir-ithnan the Court Changeless. Meet gumshoe Robert Ford, world hero Fitz Kreiner and Stan Steel the Pilot of Tomorrow. Encounter the living machines of the Dreamspeakers, and sit in on an intergalactic poker match played for dangerous stakes.

Myth Makers: Retrospective features 12 highlight stories published in Myth Makers between 1991 and 2001. The lavishly illustrated anthology is available for free in .pdf format.

Myth Makers 15: Across the Universe >>