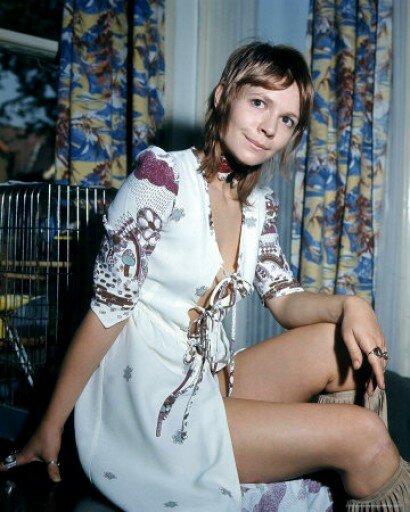 To be fair, one could make a convincing argument that this companion departure could easily be number one. Jo has a three-year character arc that probably surpasses any companion from the classic series in terms of the character’s consistent character development. From a kooky, well-meaning but inexperienced kid that is eager but out of her depth (getting easily taken over by the Master in her first episode of her first story), to a more experienced, wiser version which is still recognizably the same character, Jo Grant has a fairly consistent character arc. In her last season there are some nice touches that allows us to see how far the character has come (for example, the Master is unable to hypnotize her in Frontier in Space - Jo herself points out that she’s come a long way since he first did so in Terror of the Autons) while still remaining the same character. For example in her first trip in the TARDIS in Colony in Space, she is quite freaked out by the fact that they are on another planet - in her final season, she is, frankly, eager to get back home after traveling time and space with the Doctor for a few stories. She gets homesick fairly quickly, which is consistent with her initial horror when she realizes in Colony in Space that she isn’t on Earth any more.

This leads neatly into the final story, where at the start of the story she decides to stay on earth to fight the home-grown threat of pollution rather than to accompany the Doctor on another trip through time and space. That in itself signals that Jo’s time as the Doctor’s “assistant” is soon to come to an end. The fact that she meets a younger, human version of the Doctor is also a nice logical touch. Compare the romance between Jo and Professor Jones to the polar opposite one of Leela and Andred, which comes out of nowhere. Frankly, there is no comparison.

But as with Jamie’s reaction to Victoria’s departure, what helps to make this departure one of the most logical, memorable and emotional is the Doctor’s reaction to Jo’s departure. I’m more inclined to take Jon Pertwee’s view that it was a paternal love, rather than a romantic one, but nevertheless the Doctor really shows his affection for Jo in this story like no other companion departure we’d seen before (or arguably ever again in the classic series). The shot of the Doctor driving off across the skyline after he walks lonely through a group of farm animals (now running free after the threat of pollution/industrialization has been defeated) brilliantly ties the emotional character arc in the story with the thematic, conceptual plot of The Green Death. It’s arguable that no other story has combined both the character and conceptual arcs so well in its conclusion.

It’s number two on the list, but it could easily be considered joint top first.