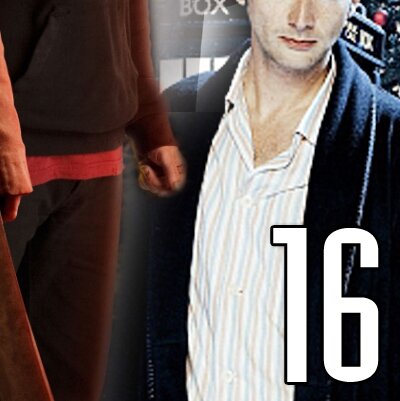 Here’s something for the old school, old-timer Doctor Who fans. Back in the 1970s and 1980s especially it wouldn’t be the holidays with Doctor Who without a holiday pledge break on the local PBS station. Sadly, I don’t have a holiday pledge drive for Doctor Who from my local PBS station, WNED, but I do have one of their Doctor Who related pledge drives from March 7, 1988 (where they showed Time and the Rani for the first time, along with the New Jersey Network documentary Doctor Who Then and Now, which featured, as host Susan Hayes points out, one of the last interviews Patrick Troughton made before his death in 1987). But let’s watch a bit of Susan and her compatriot Scott Elliott:

You see children, back in the olden days, Doctor Who fans in the US and Canada didn’t have upper tier cable stations like Space and BBC America showing Doctor Who (because they didn’t exist!) We relied instead on PBS stations (even in Canada, thanks to PBS stations near the Canadian border) to show them either nightly (episodically) or on weekends (usually edited into movies). That meant we mostly saw Doctor Who uninterrupted for commercials… except the 3-4 times a year when the PBS stations would raise money to pay their bills. And so we’d have Doctor Who interrupted by local station employees trying to pass themselves off as Doctor Who fans (in fairness, I do think that Scott and Susan did like the show, which is more than I could say for the other WNED stalwarts Goldie and Mike) shilling for money, offering premiums like records and posters and mugs while operators (who on WNED during Doctor Who were often volunteers from the local Buffalo fan group, the Buffalo Time Council) took calls from viewers making pledges.

The downside was Doctor Who was interrupted for a hardsell. The upside, especially during the 1980s when Doctor Who was at its first major peak of popularity in North America, was that these pledge breaks usually meant special Doctor Who programming was shown. During the year, this meant seeing Trial of a Time Lord or Time and the Rani six months after British broadcast (which was a really big deal back in those days; we forget how much we’re spoiled by Space and BBC America), or documentaries like Doctor Who Then and Now.

Back in the mid-1980s though, they saved all their really special programming for the Christmas Holiday pledge drives. I’ll never forget that wonderful Wednesday night in December, 1985 where they showed The Five Doctors for the first time on WNED, followed by WNED’s first-ever showing of Spearhead From Space, which kicked off a whole load of previously unseen Jon Pertwee stories to be shown on PBS.

And on December 13, 1986—25 years ago; yes I’m old— there was the wonderful Saturday afternoon where they showed Revelation of the Daleks for the first time at 12:30, the New Jersey Network documentary Doctor Who Who’s Who at 2:30 and at 4:30, the first-time-ever-on-PBS debut of An Unearthly Child. I remember that day vividly, like it was yesterday. Revelation was the finale of Season 22 and won the DWM season poll; and at 4:30 that afternoon they were going to show the first Doctor Who story ever!!!. I still have an off-air tape (sans pledge breaks, the time when the VCR went on pause) of it somewhere.

You have to realize that back then there were no DVDs, there wasn’t even much in the way of Doctor Who on home video (and what precious little of it had no distribution outside of Britain). So unless you went to a Doctor Who convention, or knew a well-connected fan, these PBS airings were the first time you’d see these stories in North America. This was therefore huge.

Amazingly, YouTube has the WNED promo featuring Janet Fielding and John Nathan-Turner which they showed at the end of Revelation of the Daleks:

And just to clarify, while they shot this at WNED Channel 17’s studios, they weren’t live in the studio during the pledge drive (something that often happened with Doctor Who actors in other large market PBS stations like Boston and New York)—Janet and John taped the promo while they were guests at a Buffalo area convention in November ‘86.

Well, I hope you young’uns liked to find out how we oldsters used to watch Doctor Who back in the day. And got a sense of how special and sweet the holidays could be when it came to Doctor Who if you lived in North America!

Ahhh the memories you have reminded me of Graeme. Don’t ask me what I did yesterday but I too can recall that Wednesday Decemeber 4 and the first airing of The Five Doctors and The Spearhead From Space. (Yea I even remember it was December 4!? Why?!) Oddly it was a Saturday morning and I was lying in bed slowly removing the cobwebs from my brain after just waking up. For whatever reason my mom was watching something on channel 17 that morning and they ran the ad. I can still hear it in my brain….“Wednesday December 4 is Doctor Who night on Channel 17…” the announcement went on to announce The Five Doctors and Spearhead From Space and I quickly sat up in the bed and gasped.
I used to hate the pledge breaks because it cut off the closing theme of the show and, if you noticed, the opening credits sequence would be slightly sped up too. For the Saturday movie episodes it meant that a usual 90 minute showing became almost 2.5 hrs with the pledge breaks. I have to admit I never once made a pledge, though I was tempted just to get one of those T-shirts, records, etc as at that time getting Doctor Who merchandise was impossible where I lived. (For the record I did pledge for TV Ontario a couple of times). One of the things they tried to tempt me with was the 20th anniversary Record set. Eventually I did send away for that set (I think it was through an ad in a Starlog magazine) It came with a 45 of the Doctor Who Theme with “The Astronauts” on side B (For a while I thought there was a Doctor Who episode called that), an LP of sound effects, and the Genesis of the Daleks LP. I played all of those records to death and drove my parents crazy! And then there was that Peter Haining book (Hope I spelled his name right) God I wanted that book sooooo bad. I think Cannel 17 wanted a $180 pledge for it. Eventually a trip to the Worlds Biggest Bookstore in Toronto got me a copy for about $30.

Pardon me for being cynical, but what you’re wiatnng to do may be difficult.  However, I do wish you all the best.What kind of waste management are you thinking of?  Trash service, or industrial-toxic waste management?  I think many third world countries   developing nations (or whatever the current term of art is) have more problems to solve than worring about environmental/waste issues.  Therefore, they may ignore trying to solve waste issues, in favor of what they perceive as higher priority activities, until they are forced to face it head on.  You may be in an area that is a bit more concerned with sustainable environments and that will help you succeed.Your first source of info should be the country where you’re setting up shop.If you don’t get much help from them, your next best bet may be with the united nations environmental programme   they may offer sound advice, and maybe even some seed money.  Or, try enviros groups   sierra club, greenpeace, etc.