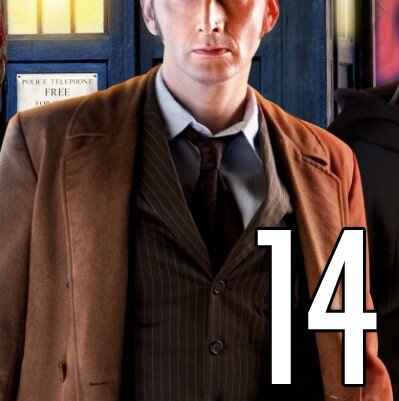 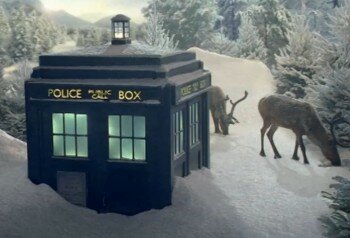 For me, the Christmas season often involves curling up with a good book and getting lost in the literature. Well, at least in theory. The reality is between coordinating travel, buying gifts, shovelling snow and, somewhere in there, making a living, it’s often more a dream than a reality! Fortunately, when it comes to Doctor Who there’s always short fiction out there that, if it can’t transport us for days on end, can at least give us a yuletide respite for a few minutes and make counting down the hours to the Christmas special a bit more fun.

Over the past few years a number of original holiday-themed Doctor Who short stories and novellas have shown up online, whether as part of the BBC’s official “Adventure Calendar” (though as of today we’ve yet to see any this year), or on various newspaper websites and blogs. Here’s a round-up of a few of these still-accessible goodies from past years:

Originally published in The Telegraph, this heartwarming story has a few similarities to the later A Christmas Carol as it features the Doctor (the Tenth Doctor in this case) visiting a young boy at Christmastime in 1920, and then returning to visit him at different points in his life as the boy grows up. You can read the story (and view a poster-worthy image of the Tenth Doctor hanging from a chimney) at the Telegraph’s website here.

Sadly, Cornell’s 2008 Christmas story, Deep and Dreamless Sleep, written for The Times Online is no longer freely accessible online. But in 2009, Cornell published a wholly unofficial short story called The Last Doctor as part of “The 12 Blogs of Christmas” on his official website. Call this one fan fiction if you like - it’s still Paul Cornell, and this story features an unspecified incarnation of the Doctor (it could be the Thirteenth Doctor, it could be the 508th Doctor). You might think a story about the Doctor’s final days would be a depressing read, but there’s a great spirit to this tale. Check it out at paulcornell.com here—and watch for Big Finish’s epic audio adaptation of Cornell’s Virgin New Adventures novel Love and War coming out next year to mark the 20th anniversary of Benny Summerfield (check out Big FInish’s news page for details).

As of today we’ve yet to find out if the BBC’s official 2011 Adventure Calendar will feature any original short fiction (keep your eyes peeled here), but stories from Christmases past are still available:

Snowfall by Gavin Collinson and Mark B. Oliver (2010). For the 2010 Adventure Calendar the BBC featured an Eleventh Doctor mini-series serialized over the course of several days that saw the Doctor, Amy and Rory visiting places like The Palace of Whispers and Station Pressure. As a Christmas Eve present, the entire novella, with added illustrations, was made available as a free PDF download. You can still get it here.

The Doctor on My Shoulder by Daniel Roth (2009): Part One and Part Two.