Did the CBC really want to redub Christopher Eccleston’s Doctor? 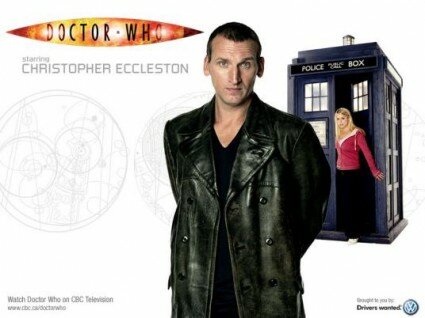 With the upcoming release of The Green Death on DVD, a number of people are taking notice of something Russell T Davies noted on the “Doctor Forever!”  DVD feature. Namely, that the CBC wanted to dub Christopher Eccleston’s voice for Canadian audiences. Davies said on the feature “You’re not doing that to our lead actor!”

On the surface it sounds bizarre, CBC is home to Coronation Street a show with lots of Mancunian accents. Why on earth would Doctor Who need to be cleaned up? 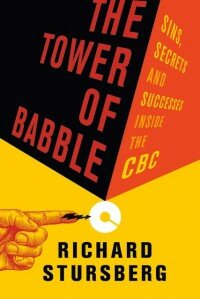 Well, it turns out that a CBC Executive did have that idea. Richard Stursberg was CBC Executive Vice President from 2004 to 2010. Stursberg was to run the English television service. He documented his time with the Corporation in his book Tower of Babble, The: Sins, Secrets and Successes Inside the CBC And in it he writes about what he wanted to do with Doctor Who. :

The BBC had decided to remake [Doctor Who] and wanted to know if we wanted to buy it. I was doubtful. British shows never do well in Canada. In many cases, the accents are impenetrable, and rather than soldiering on, Canadians simply change the channel. If we were to buy it, we had to find a way to make it more accessible to Canadians.

We met the BBC people at the Spoke Club in Toronto, a hangout for people in the entertainment business. Hilary Read, the head of the BBC in Canada, was there, along with the top person in drama from London and some others.

I would presume that the “top person in drama” was probably either Jane Tranter or Julie Gardner. Both were, I seem to recall, making trips to Toronto to pitch shows to CBC at the time.

As Mike Doran points out to me, the co-production deal was formally announced in October 2004, with the new series four months into production. Stursberg started at the CBC in July 2004. Stursberg hit the ground running if he was actually privy to conversations selling the show, as usually these discussions took place 6-8 months before an announcement.

Over dinner, they explained what the new Doctor Who would be like. We listened politely. After they were done, I suggested they make two versions: one for Britain and one for North America. In the North American version, we would make the Doctor a Canadian and re-voice him with a Canadian accent. That would make the series that much more accessible, since it would involve fewer incomprehensible British accents and a lead character Canadians could feel kinship with.

The plummy woman from London made a strangled noise. “Re-voice the Doctor,” she croaked, “as a Canadian?”

“Yes. Why not?” I replied, “After all, he isn’t even English. He is alien. He has two hearts and three lungs.”

“Re-voice the Doctor, as a Canadian” she gargled again.

“Sure. And it would be seamless. it’s already made in English, so there wouldn’t be any lip-synching problems. We could have the same actor do it.”

“Re-voice the Doctor?” She sounded weak, like she might pass out. “He is an iconic British figure.”

“Why not?” I persisted. “We’ll do it for the Canadian version and if it works here, it’ll be easier to sell in the United States. And, not to be unfair, but you’ve never had a hit in the States.”

The conversation deteriorated. The BBC people politely drew the evening to an early close. We paid the bill and left.

I honestly don’t know if Stursberg seriously pursued this idea within the CBC. Certainly no one at the CBC I talked to in 2005 (mostly people working on promoting the show and its web content, who were communicating with upper echelons) knew anything about it. I frankly wonder if Slawko Klymkiw, the head of the CBC who pushed for the show to come to Canada, even knew of Stursberg’s idea.

I suspect it was just a pitch Stursberg made with Hilary Read and Gardner/Tranter at the Spoke Club but it was taken back to Britain as “Canada wants to re-voice the Doctor”. But who knows, maybe he did try to push the matter further.

There’s so much in Stursberg’s narrative that makes him look like a total idiot… and not just the frankly boneheaded idea of redubbing Christopher Eccleston. These include:

“Hands off the TARDIS!”

Looks like he’s proud of his efforts and regrets not having an opportunity to do more damage, even in hindsight…  He must have noticed some of the hoopla that has developed over the last 8 years.

In hockey playoffs season, at the time the CBC could already count on good ratings…  they even still held the rights to play the Hockey Night in Canada Theme.  But oops, there was an NHL lockout in Spring 2005.

CBC ratings for the first episode of Doctor Who, ‘Rose’ were 996,000 viewers, second in its time-slot against American Idol over on CTV.

Rose Tyler: “If you’re an alien, how come you sound like you’re from the North?”

The Doctor: “Lots of planets have a North!”

Is it inconceivable that the (ahem) writer included these lines in the script for ‘Rose’ as a hedge against the sanity of Canadians wishing to re-dub one inflection of English with another?

I know I’m on shaky ground here, seeing as how the writer also chose to establish the Powell Estate setting in ENGLAND and that’s as good a hint to the viewer as anything that the artistes are expected to speak as if they come from that country.  But Stursberg is pretty clear on the point, he was only keen on redubbing the Doctor, not the entire cast.

In point of fact the whole series was explicitly produced at BBC Wales, and the idea of redubbing regular local talent’s lines with non-Welsh accents doesn’t bear consideration.

The production of ‘Rose’ and the rest of the first unit of Doctor Who Season 1 was fraught in several ways, and although all the negative aspects were patched up before broadcast, that first year was a testy one. The only redubbing on ‘Rose’ was the addition of the Murray Gold theme after the rough copy with the Derbyshire arrangement was leaked on the Internet by a CBC contractor.

This story confirms my contention at the start of season 3 (I believe) that the CBC was deliberately downplaying this show. During that summer the CBC didn’t include it in their ads for upcoming fall/winter programs whereas one season earlier they had pushed it at every commercial break. I commented on this omission in this forum and in several others only to be told I was crazy, imagining things and that the CBC wouldn’t be doing that to one of their most popular programs. It did come back in the fall but without almost no publicity and that was its last year on the CBC. It looks now like I was correct in my suspicions that the CBC had no interest in promoting the series after Stursberg took over.

Frankly, he comes across as an idiot in so many ways.  I’m still stuck on his assertion that “British shows never do well in Canada. In many cases, the accents are impenetrable, and rather than soldiering on, Canadians simply change the channel.”  What is he basing this on?  Is he unaware of the long-standing popularity of British programs on networks such as TVO and PBS?  Or of many of the many series (usually mysteries) that have been made in the UK with an eye on the American and Canadian markets?  I seem to recall some of these series actually running on the CBC in the past (the Granada Sherlock Holmes series ran in the 80s, I think, and haven’t they often run Coronation Street?).  Stursberg seems to be someone who just decides that something is true, regardless of any evidence to the contrary.

Stursberg’s book is full of things like that. The Doctor Who bit follows on from a lengthy bit about how he wanted to change the already-greenlit October, 1970 (which was admittedly dire, and Stursberg made sure it was burned off in a lousy timeslot) to be set in 2005. He felt that Canadians were bored with historically set stuff and recasting an FLQ story to contemporary Montreal was just the thing to make it immediate. To which I thought, “No, writing, directing and casting that production well would have been a better idea.”

The sheer arrogance and folly of his ideas around Who boggle my mind. I thought it was just simply corporate indifference that caused Who to never be treated better after 2005; it was Stursberg’s arrogance that didn’t permit him to admit that Doctor Who actually could have benefitted the corporation.

I should have googled him further last night: Stursberg was born in London, FGS.

Am I right in thinking that he was a fan of reality shows at the CBC, and was involved in the successful British import ‘How do you Solve a Problem Like Maria?’ with British judge Simon Lee and guest star Lord Lloyd-Webber? Now, that was in 2008, some time after the new Doctor Who start-up, and after John Barrowman’s star power had improved as well.  By that time the NHL lockout and the WGA strike were over, Doctor Who was getting ready for its muted final season on CBC and Barrowman’s Torchwood had been picked up by CTVglobemedia.

Funny; I wrote an e-mail to Doctor Who Magazine a few weeks ago on this very thing, stemming from a comment Steven Moffat had made in his column about the possibility of an American version of Doctor Who (issue 461). I had seen Stursberg’s book in a store about a year ago (the discount bin) and happened to look in the index for mentions of Doctor Who. When I read the passages reproduced above my jaw must’ve scraped the floor; the only word that comes close to describing how I felt was ‘gobsmacked’.

The CBC’s loss is Space’s gain.