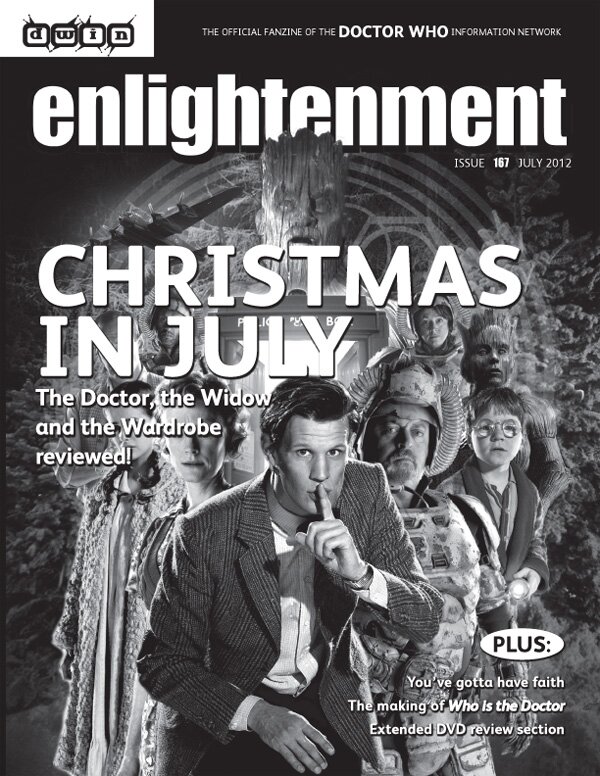 As you’re all no doubt aware, Enlightenment is written, edited and designed as a non-profit venture by a band of loyal fans. Unfortunately, due to the pressures of our volunteers’ day jobs, it’s proven impossible to keep to a bimonthly publication schedule. In addition, the cost of printing and mailing has risen dramatically over the past three years, to the point where it’s no longer viable to publish six issues a year at the current membership rates.

After much consideration, we’ve reluctantly decided that rather than raising our membership rates we will be cutting back to a quarterly release schedule for the foreseeable future, officially putting out four issues of Enlightenment a year rather than six.

To make up for the decreased publication rate, it’s our intention to increase the page count; starting from Issue 168, our goal will be to make most issues of Enlightenment 32 pages long rather than 24-28 as has been the norm. In addition, we would like to assure subscribers who signed up for a six-issue subscription that their full subscriptions will be honoured based on what they signed up for; if your membership is set to expire at Issue 172, for example, you’ll still be getting every issue up to and including Issue 172, though it will now take longer than a year.

This was a difficult decision to make, but we are confident that it was the right one to ensure that Enlightenment continues to provide quality content for its readers. If you have any questions, please e-mail the editor at (JavaScript must be enabled to view this email address) for more information.

The story goes on… (Special spin-off issue!): Torchwood! The Sarah Jane Adventures! K9: The Series! Plus: