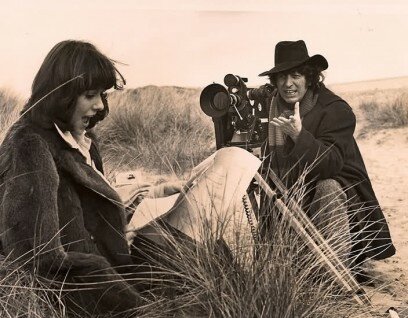 Arguably the one of the best years to be a Doctor Who fan, particularly in the UK, where there were basically two seasons that had most of their episodes broadcast this year. It started with the 2nd episode of Robot broadcast in the first week of January of 1975. A run of 19 episodes continued all the way to the end of Revenge of the Cybermen part 4, before a gap of a few months and a new season of 26 episodes starting in September with Terror of the Zygons and with the calendar year ending off with The Android Invasion part 4.  That’s a total of 35 new episodes that were broadcast in 1975, and that doesn’t even include omnibus-version repeats of The Ark in Space and Genesis of the Daleks both of which were originally broadcast in 1975 as well.

And let’s not just talk about quantity, but quality. In addition to the above stories mentioned (many of which are amongst the greatest of all time in many-a-fan’s opinion), let’s not forget Pyramids of Mars was included in this as well. The quality was no doubt reflected in the soaring popularity of the series. Tom Baker became a house-hold name overnight and the series attained record ratings this year, with The Ark in Space garnering 13.6 million viewers and placing as high as 5th on the weekly chart - the highest chart position the series ever reached in the classic series days (generally speaking top 10 finishes were rare for Doctor Who back then, even when the show was at its most popular).

It wasn’t all happening on screen - Target novels were now coming out more regularly, where fans could re-live some of the latest adventures and classics from the past. The Doctor Who Annual and comic strips were also still publishing. After being relatively quiet since the days of Dalekmania, Doctor Who merchandise was coming more and more to the fore, something that would only increase as the years went by. Thoughts started to develop about another Doctor Who movie for the big screen (which would have been the first in 9 years), but somewhat remarkably, a third motion picture cinema film still hasn’t happened to this day…..

Regardless, 1975 was Doctor Who‘s year, arguably like no other year had been. With all this unparalleled success, Doctor Who was unquestionably the world’s top science-fiction series that was still in production, successfully seeing off competition from Space:1999 despite the larger budget the latter program had. The stories and characters for Doctor Who were simply too good and still stand the test of time. All the years later, there is something to be said about the heady days of 1975.

The Ring of Clara >>

Is that an Eclair camera?