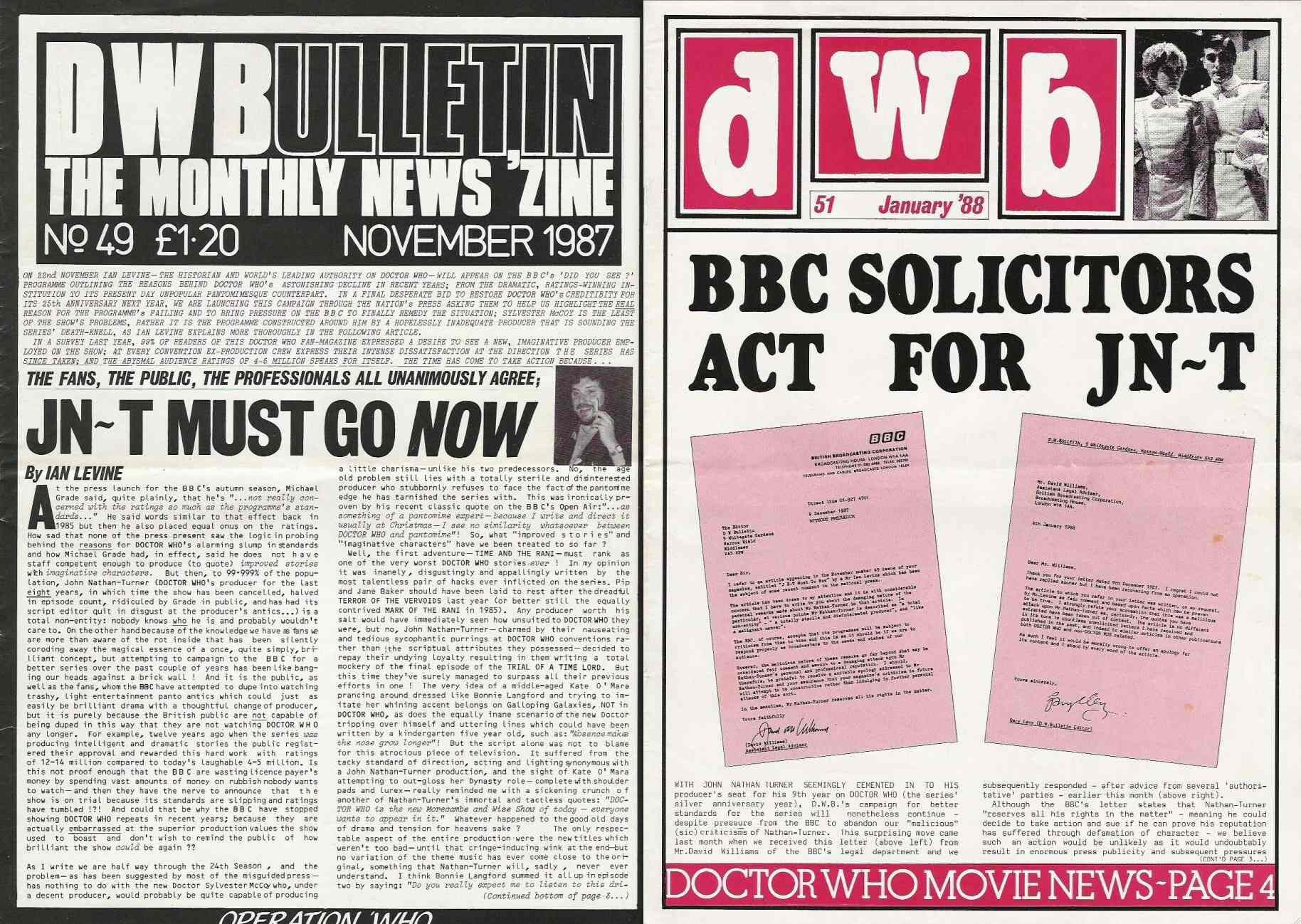 Fans of Big Finish were likely saddened to learn that the company was forced to suspend its discussion forum “indefinitely” due to the behaviour of a few members. The announcement, issued yesterday, can be found here.

What’s doubly sad is this forum - of which I was not a member - provided direct links between fans and not only Big Finish, but remembering many Big Finish personnel are also involved with the TV series itself, such as Nick Briggs and numerous writers, it was probably the closest many fans got to having a direct connection to the TV show.

Big Finish’s announcement doesn’t go into detail as to what sparked the decision to close, but I’ve seen this song and dance played out before, in Who fandom and in other fandoms. Star Trek fandom became absolutely toxic a decade ago as infighting between fan factions reached new heights over Enterprise. One of the major fan clubs devoted to The Prisoner collapsed a few years ago due to infighting. And as for Who fandom, those who were members of the former Outpost Gallifrey discussion forum in 2005 might recall when it was shut down for several days because of fan infighting over the announcement of Christopher Eccleston leaving the show. The Doctor Who Restoration Team’s forum was shut down in 2009 due to a toxic atmosphere being created by some fans, too. And now Big Finish has had to either throw in the towel or, more hopefully, has called a temporary time out.

Part of me wants to blame the Internet. It’s so easy, hiding behind the anonymity of a nickname, to say whatever comes to mind, good and bad. And no matter how hurtful to either other posters or, as is more likely the case, the people making the show. Russell T Davies, who for much of his tenure had to face accusations of installing a “gay agenda” on Doctor Who and “ruining the show”, writes about this in his book The Writer’s Tale. He writes about how negative comments on the now-defunct Outpost Gallifrey affected one of his writers, Helen Raynor, comparing it to a physical assault.

When you enter the public eye, you expect you’re not going to please everyone. You develop a thick skin - you have to. But for a writer it can be tougher because the usually aren’t. We’re lucky Raynor came back to write for the show again, delivering the well-received Sontaran two-parter of Season 4.

I wish I could say this was new. But if John Nathan-Turner were alive today he’d probably be able to talk about how nasty Who fandom got towards him in the late 1980s, with one well-circulated publication, DWB (the initials were first for Doctor Who Bulletin but it later became Dreamwatch Bulletin) mounting a campaign calling on him to quit or be fired. It got so bad, the BBC’s lawyers were even called in. And some of the same rhetoric, almost word for word, would be levelled by Trek fans against its production regime during the Enterprise era.

Stories like Raynor’s and now with Big Finish shutting down its forum, should serve a cautionary tales for all of us. It’s fine to criticize. It’s fine to complain. But there needs to be a line of civility in the discussion. Fortunately, from what I’ve seen in my relatively limited experience, DWIN members fall on the good side of the line. So I hope I’m preaching to the converted. Now if only contributors to other forums would also get the message that there are real people at the other end of these bits and bytes.

<< Series 6: Same Day Broadcast in US and UK. Will Canada follow?

This is a shame and you are right. People will act alot more tougher when they are behind a keyboard. Some “opinions” I read I think to myself that there’s no way this person would say this face to face and if they did it would be very rude. This is what we need to do whether its a fan forum or if its personal business, if its something you wouldn’t have the nerve to say it to their face then you shouldn’t be typing it on a keyboard.