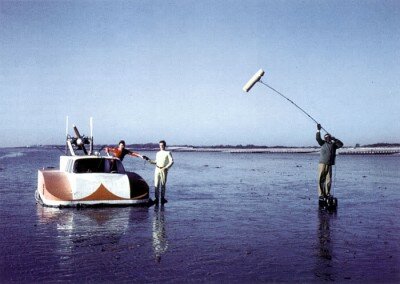 1967 is a “dark” year for Doctor Who, at least for a year that featured a new episode of the show nearly every week. That’s because today there is only one complete story from the calendar year of 1967 which currently exists in the archives (The Tomb of the Cybermen), so there is much about the other stories that many fans tend not to be familiar with, unless they’ve listened to all of the soundtracks for the missing episodes. For the classic series era, it remains the calendar year with the fewest number of complete stories in the archives.

At the time of course this wasn’t a “dark” year for the show at all, but one of the brightest. What else to say about a year which featured three incredible stories such as The Faceless Ones, The Evil of the Daleks and The Tomb of the Cybermen back-to-back-to-back? Okay, there was a summer gap between Evil and Tomb but that is still three of the best stories in a row that the series has ever had, in my books. This could be considered the “monster year”, with two Cybermen stories, one Dalek story and the introduction of both the Yeti and the Ice Warriors. Above all, this was probably the year that Doctor Who cemented its reputation as a show that featured monsters (helped by the disappearance of the historicals after the first couple of weeks of the year - they tended to be replaced with more monster stories, even if they were set in the past, as with The Abominable Snowmen).

The end of the year would see the debut of one of the most important and influential long-term individuals behind the scenes in Doctor Who - that of Barry Letts. He would make his Doctor Who debut directing The Enemy of the World (from which the photo accompanying this post is a rare picture from - it is the hovercraft used in episode 1 of the story, broadcast on December 23rd 1967) and would continue to be associated with the programme on and off until the airing of 1982 season which starred 5th Doctor Peter Davison, taking at various times, the role of Director, Script-Writer, Producer (from The Silurians through to Robot) and Executive Producer. He was the man who cast Tom Baker, a move which ultimately helped lead to the show breaking in the US. Although 1967 is the darkest year in terms of existing episodes in the archive, it was the brightest year for the show in so many more ways.

An Adventure in Space and Time. Shooting Begins! >>

‘The Faceless Ones’ has showpiece elements, such as Gatwick Airport itself, as well as Pauline Collins, Colin Gordon, Benedict Cumberbatch’s mum and Donald Pickering, the new title sequence, the first Malcolm Hulke story and the aura of any “companions leaving” episode. But it’s not ‘The Angels Take Manhattan’. Bernard Kay is rather rubbish here, compared to his excellent Saladin and any other of his roles I can think of. In fact the entire premise of the villains having lost their personalities does the actors portraying them a disservice. The Shawcraft Company which had provided props and models for some time were sacked for their work on this story. ‘The Faceless Ones’ has the air of “we ran out of money” from what we can see in telesnaps and the two surviving episodes.
Is it really part of a saga that includes ‘Tomb of the Cybermen’? Perhaps, and it is a saga of some kind for sure. In fact if it is, the gap between ‘Evil’ and ‘Tomb’ reminds me of more current plotlines when the cliffhanger ending of a block of new episodes keeps the viewers thinking about it during the break. The missing element of this saga is ‘The War Machines’. To make these four widely spaced stories (from three seasons) part of a plot arc is a great move, let down sometimes by various problems.  This kind of planning is very distinct from the unrelenting nonsense of ‘The Daleks’ Masterplan’. Ian Stuart Black, Hulke, Ellis, Whitaker, Pedlar and Davis were part of a larger writing team with perhaps more potential for minor screw-ups and plot-holes, and less chance of an irresistable bad plot arc like ‘Masterplan’ which cried out for a little of this kind of micromanagement.