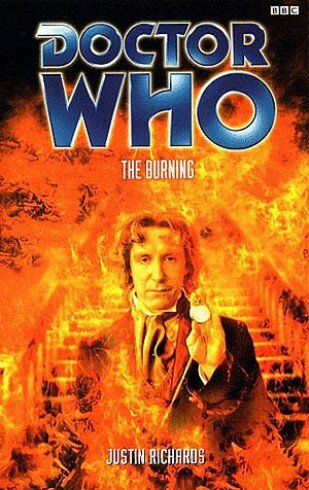 Doctor Who soldiered on in 2000 unaffected by the lack of any prospects for a new television series. There had been talk in the previous year for a project that the press and DWM had dubbed “Doctor Who 2000”, as BBC1 Controller Peter Salmon had expressed interest in reviving the show with one Russell T. Davies - however, after just a couple of meetings the project was put on ice because it was believed that the rights to make a tv series now lay with BBC Films (as part of any co-production deal with any (likely US) studio that wanted to fund a cinematic Doctor Who movie. It was encouraging note that stayed with fans in 2000, even if it was somewhat annoying that a film which might never be made was scuppering a new series, it was nice that you didn’t need to be named “Alan Yentob” in order to be a BBC1 Controller who wanted to see Doctor Who come back. The enthusiasm for Doctor Who at the BBC also seemed to be exhibited by a new comedy sketch programme called Dead Ringers, which did more excellent Doctor Who sketches - it appeared more and more as though there were Doctor Who fans who were professionals now working with or in the BBC or UK television in general. It bode well for the future, with a belief that one day the show would have to come back because there would be too many people working in British television who grew up with the show and would want it to come back - which in a few years time, is exactly what happened.

In the meantime, there were now two strains of Doctor Who fiction that were going strong in the year 2000 - the books, and the audios. The books had a major sea-change occur mid-year with the publication of The Ancestor Cell and the back-to-basics The Burning, which led a new arc for the books that wiped out much of the previous book continuity and which got many fans of the novels excited once more. The Big Finish audios meanwhile were a great success and moved to a monthly release schedule in 2000, still just with stories starring Peter Davison, Colin Baker or Sylvester McCoy. This was to change for 2001, with one of the most exciting announcements in 2000 being the return of Paul McGann to the role of the Doctor, as he had agreed to star in four Big Finish full-cast audio dramas. Paul McGann was no longer just an actor who had played the Doctor once on-screen. But more on that in next week’s exciting installment of 50 Glorious Years…...