DWIN member and Enlightenment contributor Rod Mammitzsch was representing DWIN in an interview about Doctor Who on CBC News: Morning on CBC Newsworld on March 10

New Doctor Who to Air on CBC!

A BBC Press Release confirms earlier reports that the CBC has purchased the new series ahead of delivery and will be transmitting it as soon after the UK transmission as they can. We will let people know of further details as they come to light.

DOCTOR WHO TO RETURN TO BBC TV!

BBC News reports that Doctor Who will be returning to TV in a new production with a script by Russell T. Davies (Queer As Folk). For more details read the BBC News website

Other Doctor Who Fanclubs

The Doctor Who Information Network is looking for a bright, energetic and enthusiastic Doctor Who fan to take on the position of editor of Enlightenment, North America’s longest running Doctor Who fanzine.

In the latest issue: Issue 171 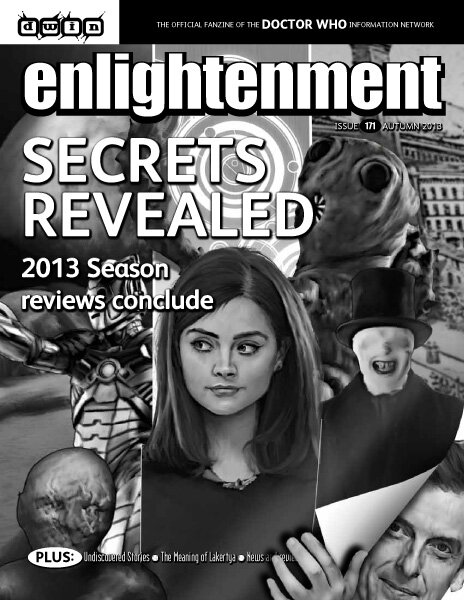