This was a post I was hoping not to have to write for a good many years…..it just seems like yesterday since Matt Smith was cast as the 11th Doctor. But as he has announced his departure in the role and it is likely that the 12th Doctor has either already been cast or will be cast very soon, we haven’t got much time to make our picks for the new 12th Doctor. Here are mine. 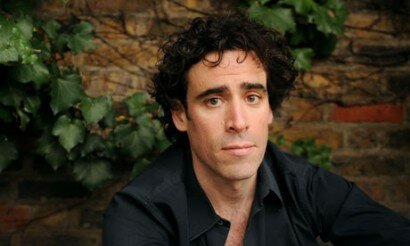 Many feel the star of the BBC’s tv adaptation of the Dirk Gently novels by Douglas Adams probably took himself out of the running by having taken a Doctor-like role in the past couple of years. They say he’s too obvious a choice. But barely anyone (comparative to Doctor Who) has even seen the Dirk Gently series (broadcast on BBC4 and ran for just 4 episodes), particularly in North America, a market very much in mind for the people making Doctor Who these days. What his performance as Dirk Gently proved is that he is suited to the role. He’s gotten a lot of press recently having tweeted a pic himself with a Tom Baker scarf the day before Smith’s departure was announced with a cryptic Doctor Who comment in the tweet. But I should point out that I’m not jumping on any bandwagon - when we did our picks for the 11th Doctor five years ago, he was one of my top choices then as well - in fact, if you search back to November 4th 2008, he was actually the first person I suggested in our “Who I’d Like to Be Who”  series of posts. I haven’t changed my mind since then. 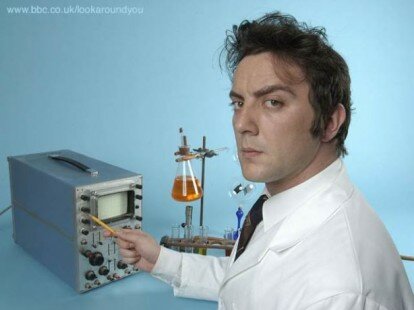 Why? Because if he became the Doctor, we could get rid of the psychic paper and cut down on the sonic screwdriver usage as the 12th Doctor would be the first incarnation to defeat the enemy or gain entry to some place by doing Paul McCartney impressions. Or Ringo Starr impressions. Or Michael Caine impressions. Or just about any kind of impression. 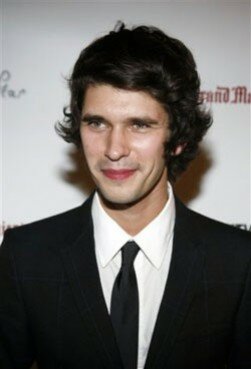 Probably a better choice for Doctor #13. The new Q from James Bond looks younger than Matt Smith but is a year or so older. However, I think they should go about 10 years older at least. If not, Ben could be the man 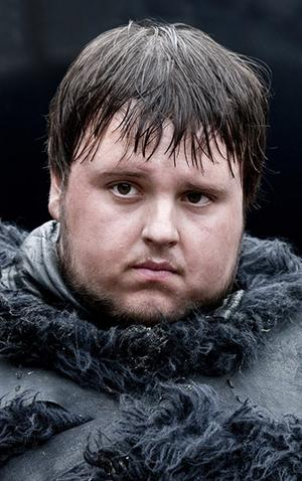 For what it is worth, it is the opinion of this blog writer that the next Doctor “should” not be anything other than the best actor for the role.

As much as I loved Tennant, I thought he came to a natural end of his tenure. With Smith, I don’t think that, and I’m sad to see him leave when I feel there’s more to explore. Plus, although series 5 was a brilliant full story, each successive season has been less successful. It would have been nice for him to stay on for one more for a chance to go out at the top of his game. Though maybe the last two specials will manage that all on their own?

Andrew, my thoughts exactly.  I also feel it is premature for Smith to leave because series 7, part 2 saw a slightly different 11th Doctor from how Smith played him in series 5 through 7 part 1.  I liked the new suit and his persona, which was even more eccentric and seemed older than in the earlier part of the series. I was looking forward seeing more of that version of the Doctor in the upcoming series. Now I will have to settle for the two specials and hope that they do him justice.

A Doctor getting a new costume and an older, wearier persona in his final season before leaving? That seems familiar somehow.

I’ve watched ths show back to when I was kid (WNED PBS Buffalo). I was always upset about each doctor leaving. For the first time with Matt Smith I don’t feel that way. I’ve never cared for his take on the role and I’m hardly enthused with anything Moffat has done. Also can’t warm up to Clara. This new version of Doctor Who jumped the shark when it brought Rory back. I’ve just lost interest I guess.

Interesting. In spite of the RTD style reset of The Big Bang I didn’t consider any of that two-parter jumping the shark, including Rory. Personally I’d put the TARDIS creating RoseGod higher on the shark scale. Resurrecting Grace higher still.

@ the observer: “I’ve watched ths show back to when I was kid (WNED PBS Buffalo). I was always upset about each doctor leaving. For the first time with Matt Smith I don’t feel that way. I’ve never cared for his take on the role and I’m hardly enthused with anything Moffat has done. Also can’t warm up to Clara…”

The only good episode under Moffat’s supervision (IMHO) is The Girl Who Waited.  And I couldn’t stand Amy, so that’s saying something about Gillan’s tour-de-force performance in that episode.

@ ANDREW: the reset button idea is a cop out of the highest order. The BBC needs to be courageous enough to kill off a companion every now and then. Like Ianto, like Adric.

That would increase the drama component SO much.  Otherwise we fall back into a sense of complacency, thinking ‘oh they can’t possibly die because it’s the formula’

@ STEVE: Indeed you can definitely up the drama by killing characters. Though RTD felt that you can’t do that on a children’s show (or family show, if you prefer). Torchwood was meant to be the adult version, so that makes it okay. That said Earthshock and Daleks Masterplan did it, so…

Regardless, for me, it’s less about using the Reset Switch to reverse character deaths as it is about not writing yourself into a place *requiring* a big reset or a DoctorDonna/RoseGod. Lots of episodes have high drama without the god from the machine. It’s the one thing that bothers me in the show. More in the new series and the TVM, but the classic was not immune.

what if this is the return of Tenant…a human Hybrid time lord?  Think this through… River is introduced knowing the Doctor as Tenant, “I’ve never seen you so young”  meaning she’s obviously seen and interacted with Tenant as her Husband the Doctor in her past but Tenants future… she brings up events yet to come with Matt Smiths character foreshadowing the return of Tenant possibly as a future regeneration of The Doctor? Further, the Doctor still has “the Moment”... What if the Moment is when he decides to give up his own path to and future transfer his regenerative ability back over to a Human Time lord…Tenant?  Going back and looking at how they twist sentences and words and meaning of the words and perspective there are literally hundreds of little hints and subtitle clues pointing to this possibility… alternately they could really shake it up and have both continue on… BBC1 with Smith and BBC2 with Tenant… that would effectively “change everything” and it is one of the top shows for the BBC after all… and Matt announcing his departure is the real red herring to throw everyone off…  but hey, like others here I’ve only been watching things unfold for the last 35+ years and speculating at possibilities that may or may not come to pass.  A number of the shows initially seem far fetched but in Doctor Who history when have they ever not jumped in “feet first” to the “deep end” of “far fetched” pool

Andrew: some very good points, particularly about writing oneself into a corner.

And: yes, EARTHSHOCK and MASTERPLAN did it so….why not now?

Doctor Who needs (IMO) to shed the idea that it’s a family show.  You know the whole expression and experience of “hiding behind the sofa”?  Well, they’ve got to make it scary again so kids DO hide behind the sofa and maybe even the adults.  When I saw Dr.Constantine morph into a gasmask creature and the effects of the Flood and even the grotesque yawning mouths of the Silents, I thought that this is proper DW.

Bring back the Gothic horror of the Phillip Hincliffe years.

DW must terrify as well as entertain.  There’s no more Mary Whitehous anymore and children are exposed to such terrors online and in bloody shoot-em-up video games that they can handle more adult-themed horror stories.in space.  rSo I say bring back the horrors of the Krynoid pods, the corpse-like Master from the Deadly Assassin.  And leave the Adipose and :singing aliens in a pocket universe, where we can forget they ever existed.

YES!!! Finally some like minded folks who are showing discernment and class in regards to only accepting QUALITY DOCTOR WHO episodes!!
Since R.T.D got his sell out or leave orders (and thankfully chose to leave)Moffat has been churning out what ever drivel he’s told to write.
Yes it’s great that Amy DIED!! (three cheers that she didn’t live happily ever And great that Clara is better than that.
BUT it’s very sad that unless a miracle happens it seems that were destined to lose Doctor Who to what my kids and I refer to as Doctor Spew. TWO WORDS that i’d never thought I’d use together.
CONGRATS TO R.T.D and all the TEAM for choosing to leave with their integrity intact rather than sell out!!
9,10 AND ALL THE CREW ARE BELOVED FOREVER!!

Buy dianabol tablets at an affordable price on our special web site OscaroService.com Athletes and Bodybuilders - buying Steroids Online is made easy at OscaroService – your No Prescription Drugstore

Actually I think this is among the most vital information for me. And i am glad reading your article. But want to remark on some general things, the web site style is ideal, the articles is really excellent. Thank you for sharing with us. I think it would be effective for all. Good job, cheers! invites you to read

above figures are exceptional, the info is very interesting.

Great post. I am a huge fan of Doctor Who and Matt Smith has been my favorite Doctor so far. I can’t wait to find out who the next one will be.

Hi, i saw online stores selling steroids, do you think this is legal in USA? Do these steroids work? For example search in google for - prohormones factory - they sell decca legally ! WTF?

Very good info. Lucky me I found your site by chance (stumbleupon). I’ve bookmarked it for later!

Hey there,  You’ve performed an incredible job. I’ll definitely digg it and in my view recommend to my friends. I am confident they’ll be benefited from this web site.

im still un sure if i like the latest doctor