DWIN > Doctor Who Blog > Why are the current new series DVDs so lame?

Why are the current new series DVDs so lame?

It’s a simple enough question. TVShowsonDVD has the run-down of the extras on the upcoming complete series six boxset, which includes:

And from the sounds of it, it’s commentaries on selected episodes, probably in-vision.

I’m sure many will cheer the increased number of “Meanwhile in the TARDIS” scenes (not me; I found them extraneous and kind of one-note). Unfortunately, I can still remember the new series DVDs were the gold standard of DVD releases for any television show in terms of value added material: 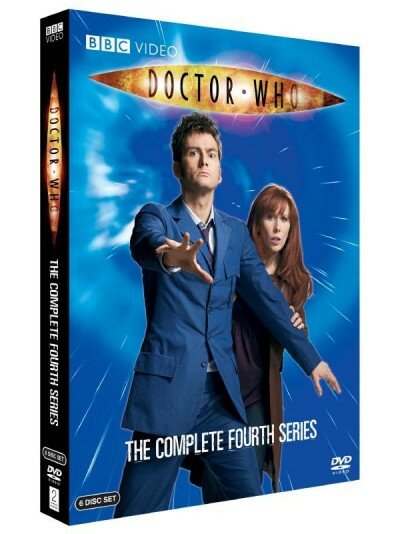 Sure you had cut-down episodes of Confidential, but you also had commentaries on every episode, often featuring not only the stars but the writers and directors. (Some of them were lame; but it was during a time when they had podcast commentaries on broadcast so you ultimately had 28 commentaries a year to choose from) You had David Tennant’s amazing video diaries. There were deleted scenes by the bucket-load, often introduced by the Executive Producer.

The New Series DVDs prior to 2010 had the best value added material of any ongoing television series being released on DVD (and gave good value for money, equivalent to the Classic Series releases, in my view). But the Series Five and Six boxsets are so comparatively lame. 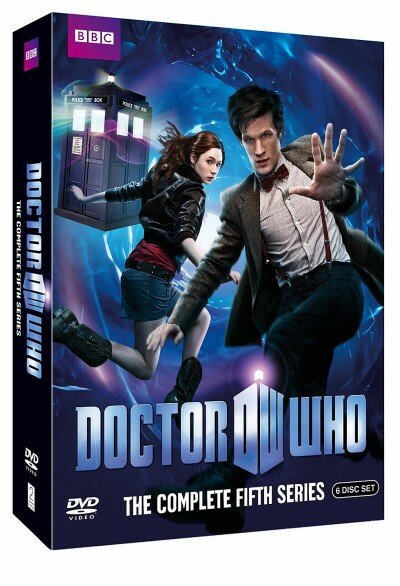 If you read the Series Five DWM Companion (yes, I know they call it something different; I don’t care), there’s a gazillion extra scenes for Vincent and the Doctor—hell, from the sounds of it, enough for a special edition version of the episode. And there’s substantial deleted scenes for practically every other story too. They could have put those on. There could have been a video diary for Matt Smith’s first day on set. Audio commentaries of all episodes by the stars and others (this is particularly damning since with Series Five they discontinued the practice of having podcast commentaries available the night of broadcast).

Nah, let’s just have a jokey scene where Amy makes fun of the Doctor. In fact, let’s just do that twice.

They’ve taken away substantial, fascinating interesting behind the scenes stuff (that went beyond what Confidential did) as well as good commentaries for every episode and deleted material in favour of a bunch of jokey scenes. And that to me is dreadful. At first I thought it was because they wanted to double-dip and release a super-deluxe DVD down the road. Now I think they’ve just decided to focus on doing the absolute minimum for providing value added material while still selling the DVDs at the same bloated price. And given the opportunities that were out there, I think the powers that be at the BBC and 2Entertain should be ashamed of themselves.

I think there’s still a chance of them double dipping. Perhaps when Matt Smith is all done they will release a Matt Smith Box set that will have new extras. (Which would bug me). I understand there is a David Tennent box set coming out or perhaps it IS out now though I’m not sure if it has any new material in it.

Hey, now that I think about it why isn’t there an Eccelston Box set out?.....Oh yea there is….it’s called “Series One” (Tee-Hee)

still think the classic dvd’s are WAY BETTER VALUE than the new series in terms of everything, extras, commentaries on every episode, pop up notes!!, and of course all that AND they clean up the images and sound of shows that were made over 20-48 years ago .. wish the new series box sets did have a just that bit more as you mentioned .. more bloopers, more ‘extra material’ from the amazing stories we loved (“Vincent”)

It is interesting how chintzy they have got. I mean it was never quite as good as it could have been before but now it’s pretty ridiculous.

The extended episodes idea is the best one. Do one or two of those each set plus deleted scenes.

It’s kind of weird to have newly filmed scenes while they leave already shot ones on the floor.

Now mind you I wouldn’t be interested in the 2 hour cut of Voyage of the Damned but then again it might have been better than the actual one?

I’ve heard that V&TD had one cut that was 70 minutes. Now whether that was a truly intelligible version I don’t know but certainly a 60 minute version would seem to be possible.

I don’t see a problem. Every set has had its strengths and weaknesses (no one’s talking about the Series 1 set, I see). The video diaries worked with Tennant because he had the time to do them. Smith and Gillan gave it a try but are more content to do their own video diaries in the form of contributing to Confidential in a way that they should be credited as the show’s co-hosts. Plus shooting the extra scenes which are exclusive to the DVDs. I don’t think recent sets have been lame at all. If you want lame, go pick up Season 3 of The Sarah Jane Adventures which had no extras at all - not even a hidden blooper reel.

Sorry, have to disagree 100% with this particular column.

^ Almost as if to prove my point, this week’s Confidential dedicated to Closing Time features video diaries by James Corden and Matt Smith. Which hopefully will make the Cutdown cut.

We are a professional window washing company that specializes in residential ... We are providing quality services to cities U.S.A.

zephyrastextile.com We are manufacturer and exporter of Bath towels, Kitchen Towels, Aprons, Oven Gloves, Adult bibs, Baby bibs, Cotton summer blankets, cotton shopping bags, Knitted fitted sheet, work wear overall, uniforms and allied items..We are exporting these to several retail chains, hotels, importers and wholesalers in EU, Middle East and USA. Continuous production has enabled us to serve both the large and small customers, successfully. An experience of 15 years made us compete by prices and quality. Firm supervision of each order distinguishes us from our competitors. To our pride, we are now serving our own competitors in china.

Zephyrastextile.com We are manufacturer and exporter of Bath towels, Kitchen Towels,
Aprons, Oven Gloves, Adult bibs, Baby bibs, Cotton summer blankets,
cotton shopping bags, Knitted fitted sheet, work wear overall, uniforms and allied items..
We are exporting these to several retail chains, hotels, importers and wholesalers in EU, Middle East and USA.
Continuous production has enabled us to serve both the large and small customers, successfully.
An experience of 15 years made us compete by prices and quality. Firm supervision of each order distinguishes us from our competitors.
To our pride, we are now serving our own competitors in china.

howdy, wonderful document, i just like this specific site and also i need to pay a visit to it. i have a issue for you ; wherever do i obtain a pictures such as this?