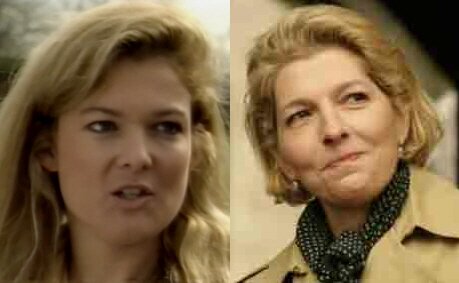 As Doctor Who edged ever so closer to returning to production, 1995 was perhaps THE year of the spin-off video. At the end of 1994, Shakedown - The Return of the Sontarans, had been released, though many fans would end up purchasing the video in 1995. This was (for a direct-to-video release) a fairy glossy space-opera adventure with some excellent special effects, a script written by Terrance Dicks and a cast featuring several stars from both Doctor Who and Blake’s 7 - Carole Ann Ford, Sophie Aldred, Michael Wisher, Brian Croucher, and Jan Chappell. Visually this looked the best of any of the spin-offs to date and with a script by Terrance Dicks, it perhaps as closest we had gotten to having Doctor Who back without actually having the Doctor in it.

This was soon followed in January 1995 with the release of the first proper P.R.O.B.E. videos - in a sense, a spin-off of a spin-off. 1994’s The Zero Imperative was actually the first to be released, but although it featured the return of Liz Shaw (once played by Caroline John) working for an organization called P.R.O.B.E. that investigated paranormal or supernatural activity, it wasn’t labelled a P.R.O.B.E. video at the time. In 1995, the first of a trio of videos with that label was released, with the first being called The Devil of Winterbourne. These videos didn’t just feature Caroline John reprising her role as Liz Shaw but once again featured other Doctor Who luminaries in regular or guest roles in this series. This included Louise Jameson playing Patricia Haggard, Liz’s boss at P.R.O.B.E. in all four videos, Peter Davison guest-starrring in two of them (Jon Pertwee, Colin Baker and Sylvester McCoy had all been in The Zero Imperative), Geoffrey Beevers, Terry Molloy, Mark Gatiss (who also wrote the scripts) and even Reece Shearsmith - who has an important role in the upcoming An Adventure in Time and Space docudrama (which I won’t spoil here for those that don’t know).

By September 1995, the spin-off video that was arguably more of a sequel to televised Doctor Who stories than anything else before (or since) has been was released - Downtime.  This was a direct sequel to both Yeti adventures from Season 5, featuring both the Yeti and the Great Intelligence (and even the control spheres), effectively forming a trilogy. It featured several regular or guest characters returning to reprise their familiar roles - Nicholas Courtney as the Brigadier, Elisabeth Sladen as Sarah Jane Smith, Deborah Watling as Victoria Waterfield, Jack Watling as Professor Travers, with John Leeson playing a new character (rather than the voice of K9). Nothing else has quite linked so heavily with established Doctor Who continuity. And ironically, years later perhaps the most significant continuity development in Downttime was the invention and introduction of the character of Kate Lethbridge-Stewart, who would go on to appear in the television series some 17 years after she was created in a fan-made spin-off video. The above photo shows how the character looked in Downtime in 1995, as played by Beverley Cressman, and how she looked in 2012 in The Power of Three, as played by Gemma Redgrave. It’s a testament to how much these spin-off videos are respected and appreciated that they found an actress who looks so similar (and also about 17 or so years older than she would have been in Downtime).

And what of the tv series itself? By 1995 we knew that the US networks weren’t ready to green-light a new series. The most we were going to get was a tv movie on FOX, which, if it did well enough, could lead to more Doctor Who tv movies on that network. Yet, despite fans discussing production, plot and casting details with Philip Segal on a webchat, many fans, burned by so many false dawns, were skeptical that even a tv movie was ever going to happen. Those of us who believed, however, were getting excited and spent Christmas of 1995 eagerly awaiting an announcement of who the new Doctor was going to be…..

Plaudits to Keith Barnfather, Bill Baggs et al and the folks who funded these new adventures. Not The New Adventures obviously though both Downtime and Shakedown were later novelised for Virgin books by Dicks and Marc Platt. Thanks for not editorializing on the video productions’ quality. Things were starting to turn out nice again.

Thank you. If this is true, it is too great. I will follow your blog, I hope to have more information from you.

great information - thanks for sharing! - https://sbmwebsitedesign.com

Webitech.pkprovide you option of both the Windows and Linux WebHosting in the same package.Web Hostingin Pakistang. 24/7 Support and reliable Hosting in cheap price. Cheap Web hostingin Lahore,Pakistan.
Web Hosting In Pakistan